Today was fantastic. Washington is amazing… and the ride between Vancouver and Whistler is the most the most incredible road I have been on. Honestly its the first time I have ever wished I werent on a bike so that I could take in the view a bit more.

Too many wild and weird things happened today to type it all out. Was a great day… 1700mi down! If you havent yet… fly to Seattle/Vancouver and make the drive to Whistler. 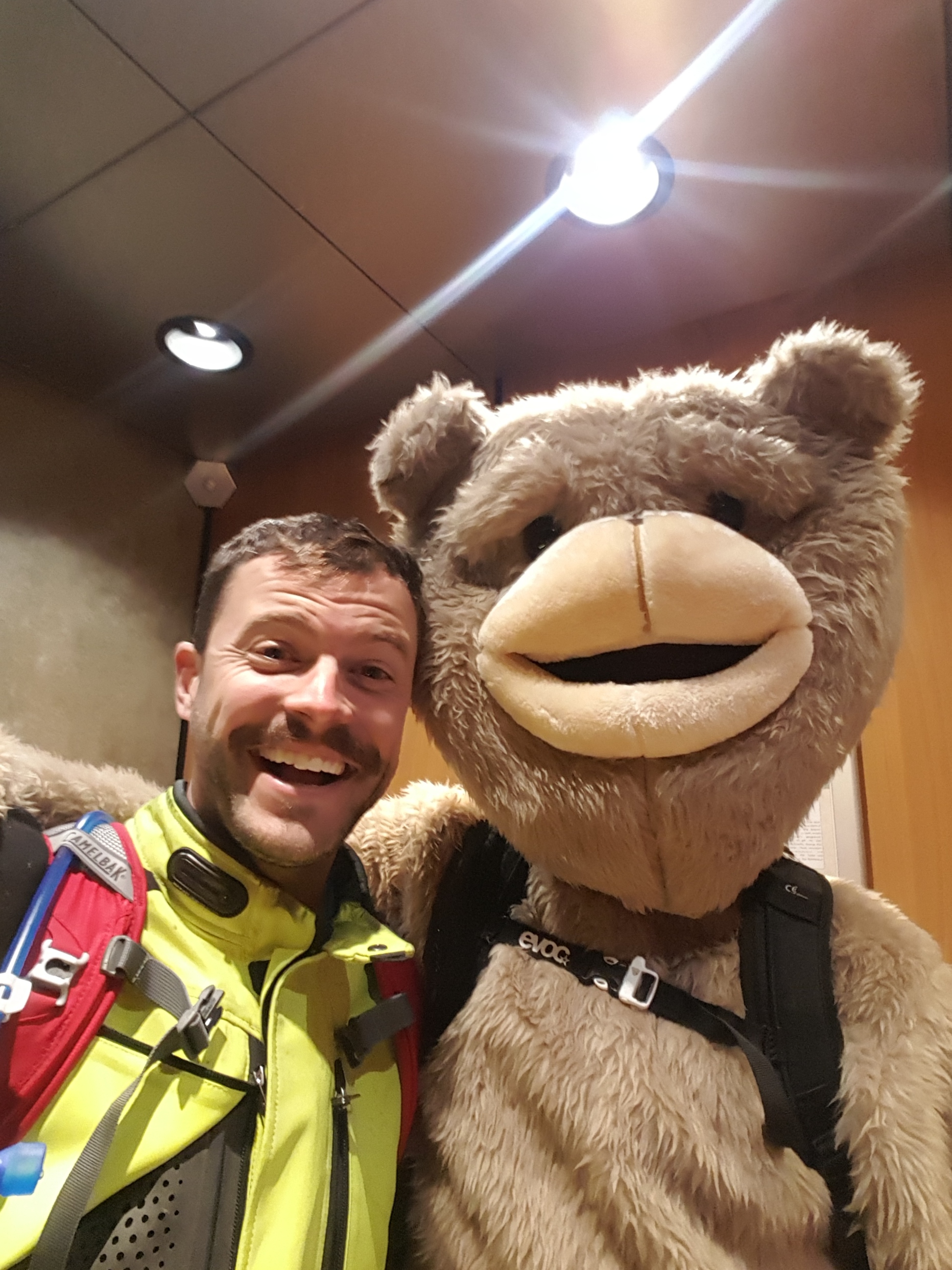 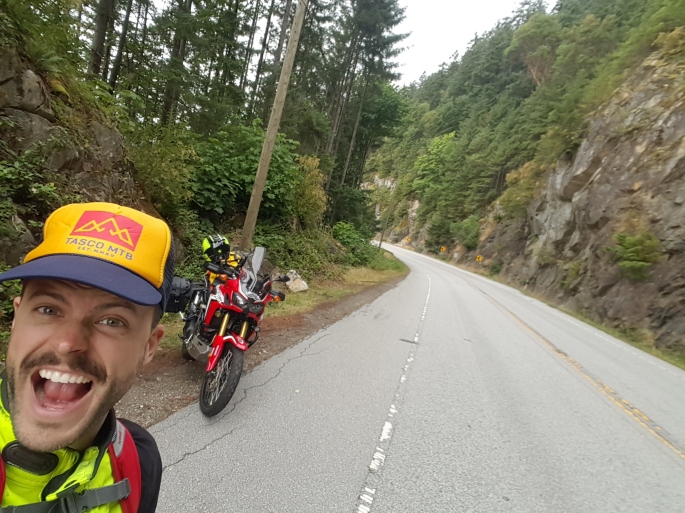 Rode 1023mi today. Just trying to get to BC then can enjoy the ride. It was a long day. Shooting for Whistler tomorrow night!

Hey!!! I am leaving tomorrow… heading to the Arctic on the Africa Twin. Follow on Instagram @RidewithBrent and track me live on Spotwalla: https://spotwalla.com/tripViewer.php?id=1575d59720946502f6&hoursPast=0&showAll=yes 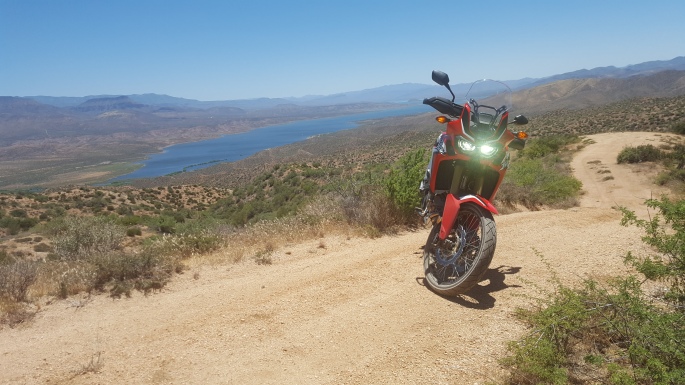 Hmmm…. a bike like that could probably go anywhere……….

Yesterday I rode Glacier National Park and crossed the border. While still sick, I was enjoying the Canadian riding so much that I just decided to keep going. I arrived in the Banff area around 7:30 and setup in town. What a beautiful area filled with awkwardly nice people.

I am going to cheat a bit and not update everyone on everything today because I want to get out and enjoy a day of exploring and hiking the area. I have some pretty great pics of yesterdays ride, but I took them on my business phone and I am not sure its setup with an international plan… so I will upload those once I have crossed back over. Until then I have uploaded some videos for ya.

The website- So from the first couple days of the trip, the site was getting 1,000+views a day from 11 countries. I wasn’t expecting that but am glad you enjoyed checking in! To be noted… you all seem to prefer to follow along while you are at work as M-F the views were significantly higher than Sat and Sunday (shame on you but I wont tell I promise).

Next- I am playing in Banff today. I head to Montana tomorrow early morning to a fed ex location that I had some road tires shipped to. I will spoon those suckers on and then begin the 1700 mile freeway ride home (dreading it on a dirt bike). Once back (I don’t want to jinx it before I get back) I will update with some overall notes, thoughts and take aways from the trip. I will also do an update on my gear, bike and mods to the bike as I have been getting a lot of one off questions about them. I may also hint at what next years big ride might be…

Representing the Badgers in Banff. Met six other Badgers going up the mtn. On Wisconsin!!

Today I rode from Lincoln  MT to the Kalispell MT area. Last night I started to feel sick… this morning I woke up with a full blown flu. It was cold and rainy but I still managed to get almost 200mi in (very slowly) and I checked into a hotel by 3 and have been resting since. Hoping to be re-energized in the am and ready for another 200mi.

Other then being sick the ride and views continue to be amazing.

Today I rode from Island Park ID to Lincoln MT. Today was either on the gas or getting gas…I am trying to beat a forecasted snow storm in Canada supposedly hitting Tuesday.

The morning started off cold and foggy… in the mid 30s until about 10-11a and then it was perfect riding weather 60s-70s. The cold and fog made for some cool pics though.

This is my first time in Montana… I love it. It’s Colorado without the development and the crowds.

There are old mines all over Montana but compared to the abandon mines from the 1800s in CO and AZ, these are huge 4-5 level structures.

Tonight I’m crashing in Lincoln, MT. I was going to camp, but I have a sweet room at the Lincoln Log Hotel for $62… who needs to freeze in a tent?

If everything cooperates, I may hit the border tomorrow night. Track me live at:

Yesterday I rode from Pinedale WY to Island Park ID through the Tetons and Yellowstone. It was mostly a cold overcast day (with snow) but still had some great riding and awesome views.

The day started late… I was ready to go at 6:30, but the DR wasn’t. It was 29° out and carbureted bikes don’t like starting when it’s that cold. While I was loading the bike, Jim walked over and started talking to me. He is a forest ranger in WA. Jim and his brother spent 2006 backpacking Chile and Argentina he had some intersting stories. At 9am and 37° (DR sitting in the sun) I was able to head out.

Within the first 50 miles of trail it started snowing. I missed the heavy snow but it sounds like surrounding areas received 4-5 inches. The tops of the Tetons were already loaded with fresh snow.

With about 60 miles behind me, I rounded a bend in the trail and an adolescent moose (it didn’t have a fully developed rack) and I startled each other. I have never had something that large jump infront of me. There were also several more elk and antelope today. The big animals are out and prepping for winter. 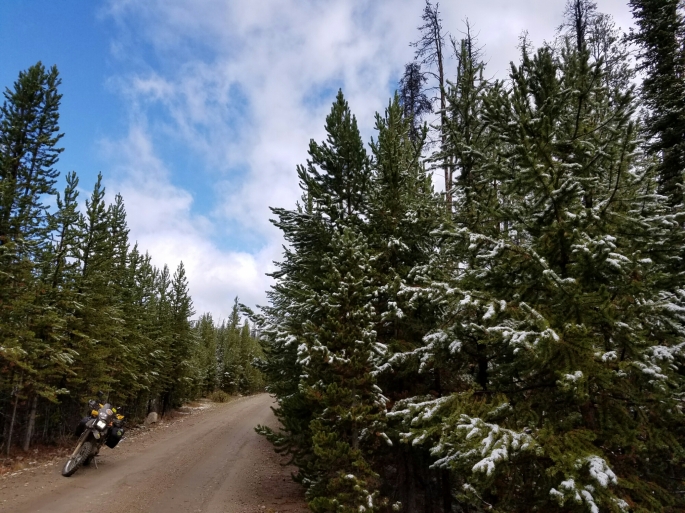 The Tetons were amazing. This trip is all about the ride but I am definately coming back to hike and climb.

Yellowstone had some great views but the wildfire that’s been burning since July has burnt out over 20,000 acres. They had just reopened the sections I rode through after they burned on Sunday. It was nothing but ash and charred trees. I did swing by and patiently wait for Old Faithful… checked that box… but probably don’t need to go back again.

I setup shop last night on the bank of Lake Henry in Island Park ID after making a questionable call on what to have for dinner. It’s a pretty fantastic spot to spend the night.

The sections I plan to cover today:

Whoever guessed day 10 in the “First day it snows on Brent” contest wins a ridewithbrent.com sticker.